Not only the talented but the people whose footsteps have stamped many beautiful rivers world famous also said a lot about the Perfume River. Not only in words, but also in literature, poetry, music, and films. But perhaps, it is better to visit the place, to immerse in it, explore it, and … feel it yourselves on Vietnam vacation. 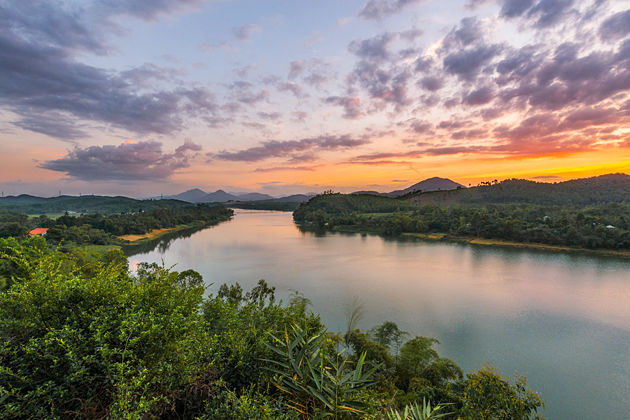 The Origin of Perfume River

The romantic river flows through Hue city, Thua Thien – Hue province. Perfume River has two sources. The left one originates from the Truong Son Mountains; it flows north-west through 55 majestic waterfalls, and then flows through the Bang Lang T-junction; the right source is shorter. After crossing over 14 waterfalls and through the wharf of Tuan, the right source reaches the Bang Lang T-junction and merges with the left source, forming the romantic Perfume River. Counted only from Bang Lang to Thuan An, the Huong River is 30 km long. The slope of the flow is not much higher than that of the sea; thus, the flow of the river is quite slow.

What Can Be Seen from a Perfume River Cruise 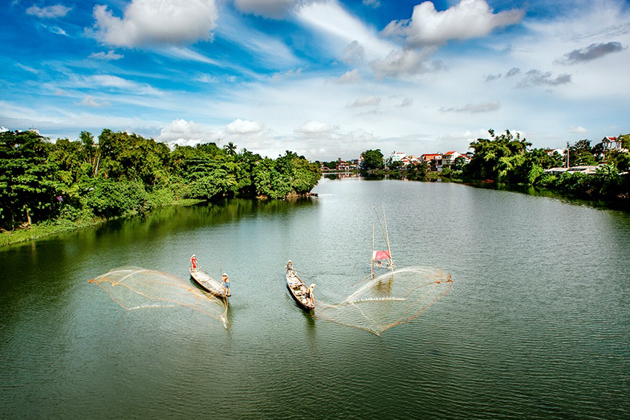 The greenish river twinkles just like sapphires under the sun. Traveling by boats to sightsee the dreamy Perfume River and listen to Hue’s folk songs at night is always a pleasure of tourists here.
The shades of the surrounding scenery such as streets, garden, pagodas, and temples are reflected on the river, making the beautiful river even more dreamy and romantic. It is said that it is Perfume River that makes Hue more peaceful, tranquil and harmonious with the long-lasting history and culture of the citadel.

Best Things to Do & See on a Perfume River Tour

Visit Hue, tourists will be immersed in local people’s folk songs when having a boat trip on Perfume River. One new feature of Hue folk song (Ca Hue) tour on Perfume River is that apart from utilizing traditional instruments to play traditional music, the instrumentalists can also play some familiar foreign songs for foreigners from different countries as well. 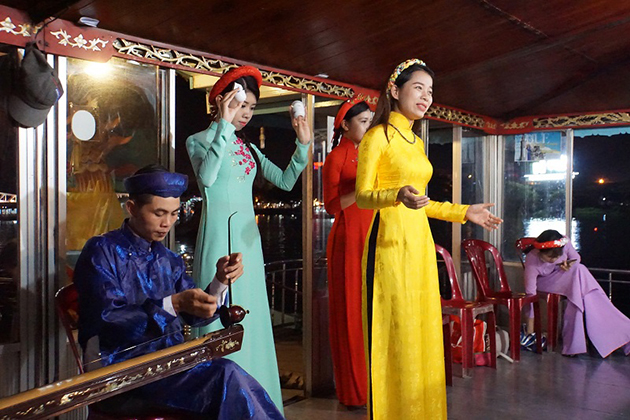 Get Closer to Local Life of Hue People

When the boat reaches Van Lau wharf, tourists will have chances to drop the floating lanterns on Perfume River under the instruction of the boat manager. This is an old custom of Hue people with the wish of being safe and sound. Each floating lantern represents its owner’s wishes. 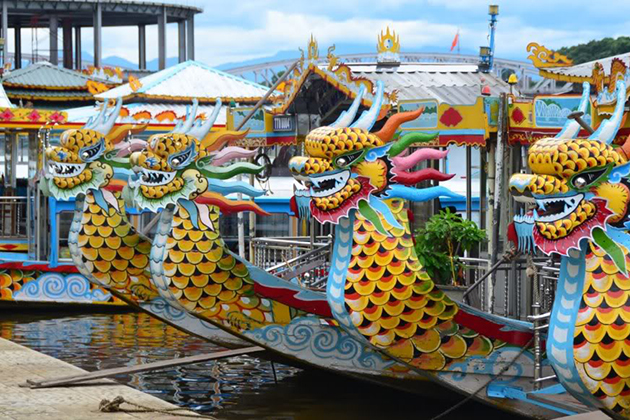 Lighting the floating lanterns is considered an act to honor the spiritual and cultural values of Vietnamese people on big holidays and festivals.